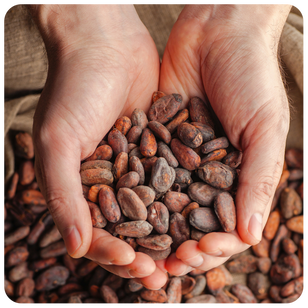 Using Blockchain to Enlist Smallholders in the Fight Against Foodborne Disease

Posted on October 30, 2018 Published by Sententia Partners Leave your thoughts

In countries such as the United States the increasing number of foodborne illness outbreaks is attracting attention, but the issues are by no means confined to wealthy nations. A World Bank study published in October 2018 finds that the impact of unsafe food on low- and middle-income economies amounts to some $110 billion annually in lost productivity and medical expenses.

Smallholder farmers are a vital link in food supply chains. There are an estimated 500 million smallholder farming households that cultivate five acres or less of land, explains a new eBook from Chain Business Insights LLC titled ​Blockchain in Smallholder Farming: Sowing the Seeds of Growth. In combination, they represent a major part of the world’s agricultural output.

Blockchain technology “can address key smallholder supply chain issues such as a lack of trust, the absence of reliable and permanent systems of records and the need for effective data management systems,” says the eBook.
Case studies in the eBook show how relatively simple blockchain-based solutions can make a significant difference. One such solution provided cocoa farmers in Papua, New Guinea, with a permanent, reliable system of record that they use to register sales transactions. This might seem like a small advance, but it unlocks many other improvements that together promise to transform the smallholder’s role in the cocoa supply chain. For example, the trustworthy record of transactions reduces the risk of fraud and makes it easier for growers to find buyers for their crops. It also promotes supply chain transparency by making it easier for smallholders to track the status of the cocoa beans they supply.

Global food manufacturer Unilever and UK supermarket chain Sainsbury’s are two organizations involved in a year-long pilot announced in December 2017, to test the use of blockchain technology to improve transparency and sustainability in agricultural supply chains. At the heart of the project is a shared data system for 10,000 tea farmers in Malawi. One of the goals is to track the materials used to package tea products.

In another project, the State of Kerala in India is using blockchain technology in conjunction with Internet of Things sensing to improve the efficiency of milk, vegetable and fish supply chains. “Radio frequency identification (RFID) tags on products that are integrated with mobile phone applications will track the movement of food through supply chains,” explains the eBook.

But to be successful in small-scale farming, blockchain-enabled solutions must be “relatively simple to use and cheap, in line with the demands and resources of smallholder adopters,” says the eBook.

The potential benefits are huge. The World Bank study cites a World Health Organization estimate that 600 million illnesses and 420,000 premature deaths were caused by foodborne diseases in 2010. Low- and middle-income countries in South Asia, Southeast Asia and sub-Saharan Africa account for 41% of the global population yet 53% of foodborne illness outbreaks and 75% of related deaths.

Despite these grim statistics, “Food safety receives relatively little policy attention and is under-resourced. Action is normally reactive – to major foodborne disease outbreaks or trade interruptions – rather than preventative,” says Juergen Voegele, Senior Director of the Food and Agriculture Global Practice in the World Bank, in a World Bank press release.

The organization calls for governments in low- and middle-income countries to increase their investments in food safety – and to invest more smartly in key areas such as infrastructure.

Governments also should be leveraging the investments already being made by private sector organizations, recommends the World Bank. The study points out that “blockchain technologies are being used or evaluated by large food manufacturers to strengthen food product and ingredient traceability, and to reduce their vulnerability to food fraud.”

This theme is echoed in the Chain Business Insights eBook. In developing country smallholder farming: “Revenues are absorbed by the many intermediaries that separate smallholder farmers from end customers. Corruption takes a heavy toll.” In addition: “These problems are exacerbated by increasing risk resulting from climate change,” the eBook says.

Blockchain technology is far from a panacea, but it could play an important role in promoting the supply chain transparency that underpins solutions to many of these problems.